Peter’s work is highly cited (Google citations number over 32,500, h-index 74). He has worked extensively for UNCTAD and UNIDO on his first love, development studies, including Principal Consultant of a number of World Investment Reports (e.g.2011) and leading the first UNCTAD Investment Policy Review (to Egypt 1999).

Beyond academia, he is former Chair and member of the Shibden Valley Society, a former quiz league champion and a supporter of Lancashire CCC (and of course England) and a devotee of Blackpool FC. 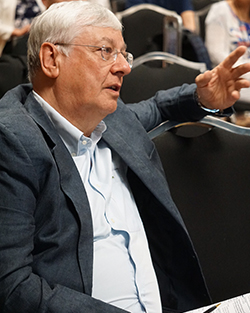 Neil O’Sullivan is the Managing Director of NOJA Power.  He founded the company more than a decade ago with 3 other partners to research, develop, manufacture and export globally high voltage switchgear.

The high voltage switchgear is used today in more than 80 countries around the world and is considered leading edge technology. NOJA Power is a Queensland success story employing 100’s of people and is one of the top 100 privately owned companies in Queensland today.

Neil has travelled extensively to more than 120 countries worldwide and is the driver behind the success of NOJA Power. Every time he travels internationally he is mindful of the fact he is representing his company and Australia.

He has been involved in exporting Australian technology globally for more than 2 decades and is proud of the employment and opportunities created from the export success.

He is an Electrical Engineer & Contractor born and educated in Queensland.

He is an Industry Fellow in the University of Qld Business School and a Member of the Premier of Qld’s Business Council.

Neil was awarded a prestigious Australian Export hero Award in 2007 and the Sydney University medal for Engineering Innovation in 2009. 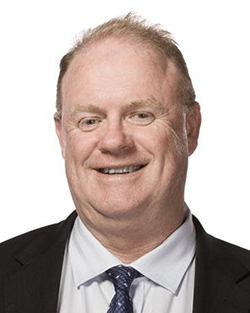